How to use a hammer

It takes patience and practice before you can drive a nail quickly and surely without bending it or bruising the wood. Here’s a few ideas to help along the learning path.

When starting a nail, hold it upright between finger and thumb and tap the head with the hammer until the point is buried in the wood. Use the peen of a cross-peen hammer to start a small nail.

If you’re not feeling brave and afraid to blacken a finger nail (and by the way that is fair initiation) try using a pointed object (a marking awl) with a little hand pressure to start a hole. This works if the wood is fairly soft, helps if you need to operate one-handed and above all that makes for a more accurate hole.

Starting a nail with a hammer blow has a tendency of moving the head of the nail off the mark. Using a punch or awl to create an initial pilot hole allows for more cautious alignment of nail and where it needs to go…

Driving Nails with a Hammer

With a hammer of the correct weight, you should be able to drive a nail in with the minimum of effort. Holding the tool near the end of the shaft swing your arm from the elbow. Keep your eye on the nail and strike it square… that is the head of the nail with the face of the hammer.

If you impact the nail at an angle that is when you run into problems.. referred to as a “glancing blow” .. think of the old Western movies, when the bad guy threw a punch towards the hero’s chin … it made little contact but sounded great and looked deadly.

Raising a Bruise or Dent:

It’s wonderful to think that you’ll never miss a nail and you’ll never dent the wood, but that is in fairy land. When you DO dent the wood with a misplaced blow, apply a few drops of hot water to the bruise and wait for the fibers to swell. Once the wood is dry you can sand it smooth.

I’ve accomplished the same thing laying a damp cloth on the wood and applied a hot iron to steam off the moisture, swelling the fibers at the same time. This will fix your problem almost instantly. No one will ever know!

To ensure that you do not dent the wood with the final blow, use a nail set to drive the nail head just below the surface of your work.

Place the tip of the punch on the nail head and steady the tip with your fingertip while you tap the nail set firmly with the hammer. Keep everything 90

If it rolls off the nail it is usually because you have an old nail set and the “head” has been abused and rounded over.. it no longer has an “edge” to grab the top of the nail.. pitch it out and buy another.. they’re cheap… or regrind the end square again..

New nail punches are actually concave on the tip, so the raised edges of the tip sink into the head of the nail to provide more grab. With use they flatten out and thus cause the nail set to be a little more frustrating to use.

Having buried your nail as described above, you can cover it with filler before painting or polishing the piece.

To prevent a piece of softwood from splitting, blunt the point of the nail by tapping it with a hammer. This makes the nail punch its way through the wood, instead of wedging the fibers aside.

When nailing hardwood it pays to drill a pilot hole that is slightly narrower than the nail shank before ever attempting to manually nail… OR if you’re a little impatient use a air assisted nailer .. the only way to go 🙂 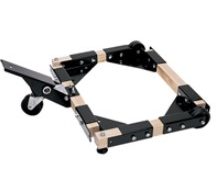 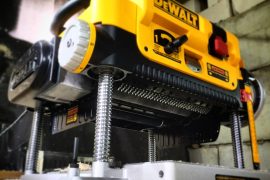 Building a Bookcase from Wood